I cheated on my ex during our relationship and she found out shortly after we broke up.

It featured of acoustic guitars, strings, flute, organ, and various percussion. We're not a metal band. We have one of those in our group. So stay calm, eat a peach and carry on He had all the fanciest gear Fender Strat, distortion pedals, etc.

How can I get her to stop? Grow up, apologise for hurting her, using her and being a general douchbag, then realise that a woman's heart is worth more than GoT spoilers and stop being massively self-centered. Should just about cover it. My ex left one day when I was at swimming lessons with our kids.

He also took half the furniture. I had to explain where dad was and why our house was half empty. I was a stay-at-home mum back then.

I had no paid work but he left me to pay the rent. When he came back to collect more stuff he took the groceries I had bought that morning. In short, he was a cheap, cowardly weasel. I threw the key to his vintage Harley in the ocea. I had a guy in school who would always skip class and then ask for my notes.

Instead of just saying no the next time he asked for notes, I took the low road and began giving him edited versions. I would leave items out of lists, incorrectly define things or just straight up write stuff that makes no sense. An example of the crap I would put in: To calculate return on investment, subtract your yearly earnings from your current bank balance, then multiply by Echer's factorial 4. If he had even once bothered to crack the text he would have figured it out, but that apparently would have been too much effort for him. He retook that class.

We had a guy in our office take a crap in the bathroom every day after lunch and it would stink up the whole office. The manager asked everyone who needed to vacate their bowels to please use the lobby bathroom since our office was small and we only had the one bathroom. He didn't listen. Fortunately, he was like clockwork so 5 minutes before he went in I took all the toilet paper I forced the man to live with a dirty ass. Link-to-the-Pastiche Report. I got turned down, by the manager, at a job interview for team member at Dominos because of my stubble facial hair. 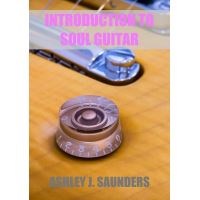 So I gave him no tip, and told him the exact same thing he told me.. It's not exactly like this, but something similar "Why do you have all that facial hair? Do you think customers wanna see that? Anyways, I won't be giving you a tip this time. Maybe when I order again, I'll be giving you a tip. But of course, remember to shave". EDIT: He looked at me with one of those "Can't believe this shit" expression while having a slight smirk on his face. He snatched the receipt out of my hand once I gave it back to him.

In school, a boy named Sebastian picked on my 9 yo daughter by constantly calling her a whale and pushing her around because she was chubby. She did and he now learned to think twice before being an arse to other kids. I live on a quiet residential street, lots of families, nursery, primary school and kids' playground - you can picture the type.

I'll always drive at 5mph whenever one tries to skip behind me - wouldn't want to hit any kids so you could get home 2 minutes faster hey? My younger sister was notorious for shaving in the tub and not rinsing it out when she was done. One day she was taking a bath and I asked her to rinse when she was done, because I planned on taking a bath afterwards.

So I reached in my pants, snipped off a chunk of pubes, tossed them in the tub with her, and walked out. She's old enough for shaving, so she should have known to clean up after herself already. Hopefully she learned her lesson after that moment :D. I work at subway, and if someone is rude to me, I give them the ends of the tomatoes. ThePurplePlatypuses Report.

So I'm returnin in a empty, late train. A girl gets in and stands near the door, I guess she'd get down at the next station. This young guy gets up, stands just behind the girl and starts to rub his groin on the girl's back. She tries to push him off but to no avail.

I get up, walk to them, and plant my foot on the his, putting my wait on it. I'm a fat girl wearing hiking boots. He's wearing flip flops.

The Most Important Scale Exercise In Jazz

Nobody has ever screamed louder in a metro. I never said sorry.

I had a 6 month school internship at a mobile phone store. The boss was a total asshole that treated his school-interns like full paid workers even gave me some concerning money-responsibilities. A while after the internship he called to tell me i would have to give a statement at court.

He had a problem with some customer and a shipment and he planned to tell the court that he explained me everything concerning shippings precisely. Of course he didn't. And of course i didn't lie infront of the judge. My boss' attorney gave me a look i will never forget when he realized his stupid plans didn't work out. I believe your boss was an asshole considering he wanted you to lie at the court but at the same time I think having real responsibilities as an intern is a good experience. Saw Stephen Fry live last week, and he told us this story: Just after the first Harry Potter book had been released, he was offered the role of narrating it for audiobooks.

He hadn't read it, and was simply told it was a children's book, so figured it would be an easy afternoons work. When he met JK Rowling, she mentioned that she was writing a sequel. Stephen replied very condescendingly "good for you". A few years down the line, the books are selling well, and he is doing the recording for the Prisoner of Azkaban, when he runs into the phrase "Harry pocketed it". Stephen could not say this line. It always came out as "Harry pocketeded it", unless he said it ridiculously slowly. They tried time and time again to get it right, but to no avail.

Eventually, he called up JK and asked if he could say "Harry put it in his pocket" instead. She thought for a moment, then said "no", and hung up. The phrase "Harry pocketed it" appeared in the next four books. Wolfpony Report.

Years ago when a student I worked 8 hours a week in my local supermarket. There were loads of students. On one occasion a snotty cow, thinking she was better than the checkout operator, said to her children "if you don't work hard at school you will end up on checkouts like this girl" My friend replied "actually I have just qualified as a doctor" I had a secret chuckle. But it didn't matter that she was a doctor that cow shouldn't be looking down on anyone.

Who the hell doesn't have to work to pay for living-costs and such anyway? Even here in Norway where higher education is completely free we still have to eat and pay rent. Not everyone has rich parents who will care for you while you get an education.

People should have more respect.